With the arrival of Benoit Beckers, who holds the new Chair of Architecture and Urban Physics set up by the University of Pau and Pays de l'Adour and Nobtaek/INEF4, research will now be started in the field of urban physics with a focus on eco-construction.

Since the start of the academic year in September 2016, Benoit Beckers is now teaching at the Aquitaine Higher Institute for Construction and Public Works (ISA-BTP), the engineering school established at the Arkinova Technology Park in Anglet. Benoit Beckers, who will hold the Chair of Architecture and Urban Physics for three years, will divide his time between teaching at the ISA BTP and researching for UPPA and the Nobatek Technology Resources Centre, also located on the Arkinova site.

Benoit Beckers will conduct research on the themes of sustainable construction and its part in investments for the future on behalf of four partners – UPPA, Nobatek, the New Aquitaine Region, and the Basque Coast–Adour Agglomeration. Benoit Beckers works in the field of urban physics, which applies physics to city environments. 'The goal is to develop urban zones in a global manner. To construct buildings far away from other buildings is certainly the ideal way to comply with sustainable construction standards, but contributes to urban sprawl. This threatens natural spaces and agricultural areas in particular, and so we need to rethink the development of urban areas', he explains.

Take the example of the Canadian permafrost (permanently frozen soil), which is warming up due to the effects of towns and cities in North-East America. This is a measurable phenomenon and it will be vital to redesign the architecture of these towns and cities in order to avoid releasing the carbon and methane gas contained in the permafrost, as these gasses are a danger to the planet. Urban physics as a discipline is experiencing a renaissance, even total innovation, thanks to new means of measurement and calculation, such as big data and climate modelling. An international community is emerging, and Benoit Beckers is the chief editor of the Urban Physics journal, which is published in both French and English. The new means provided by the business generator soon to be unveiled at Arkinova will be highly appreciated by the scientist and the Arkinova technology park will undoubtedly figure among the strongholds of urban physics. 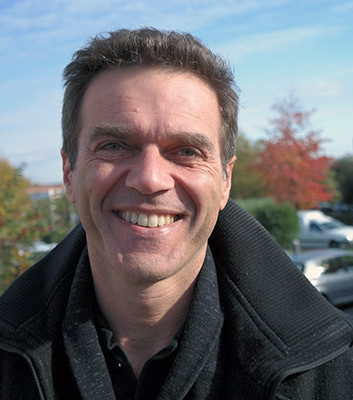 Renamed 'Cluster Bateko', the Construction and Public Works cluster based at the Izarbel Technology Park is re-emphasising its focus on sustainable... 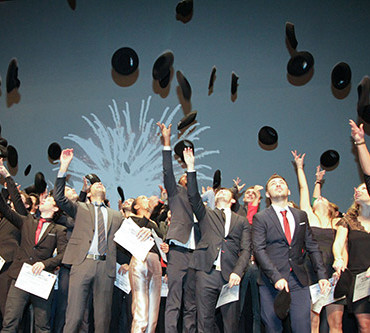 Engineers in the 17th class to graduate from The Institute of Advanced Industrial Technologies (ESTIA) received their degrees in Biarritz at the...