The digital services company specialised in the creation of websites and web applications celebrated its 16th anniversary at an evening event organised at the Spot, the restaurant on the Izarbel Technology Park.

Almost 120 people accepted the invitation from Marie-Jo and Xavier Burucoa, who founded Novaldi 16 years ago. Based from the outset on the Izarbel Technology Park, Novaldi now employs a team of ten people there. To celebrate the anniversary of its creation, Marie Jo and Xavier Burucoa brought together the heads of the companies at Izarbel, their partners and customers, both private and public.

A video was projected and various speakers presented the company's team and its activities and methods. Marie Jo and Xavier Burucoa then presented their main projects, which include plans to build new offices on the Izarbel site, and the evening was rounded off with some musical entertainment in a highly convivial atmosphere. 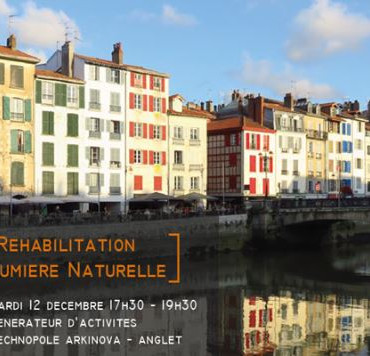